The first book I remember reading

Among my earliest memories were the regular visits to the library at the bottom of our street in Brighton. My mum would take me when my older brother and sister were at school, and together we would select a book for her and one for me. Of course I wasn’t yet able to read, but my mother, who had a vivid imagination and a talent for inventing character voices, brought the books to life. Noddy, Big Ears and Mr Plod the Policeman became a major part of my life and developed in me an abiding love of books.

The books which shaped my childhood

By the time I was able to read I had developed my lifelong love of animals and at that time horses were my passion. In addition to Anna Sewell’s Black Beauty, which I read so often I could quote the first page, the books of Monica Edwards and Judith M Beresford filled my shelves. All these adventurous girls with their ponies inspired me, and I read and re-read Wish for a Pony in the hope it might just come true.

The books I read as a teenager

My teenage years were bereft of books. I can’t remember reading a single one. I left school at fifteen and started my first job in the same week. In those days there was no thought of further education or university and my head was full of the usual teenage angst of low self-esteem, clothes, makeup, nights out and boys. It would have been good to lose myself in books in those turbulent years as moving house at sixteen and losing touch with all my friends and half my family – as well as needing to find a new job – wasn’t easy.

The first book which made me want to be a writer

This takes me back to the pony books I read as a child. At the age of twelve, I wrote Ponies in the Forest in a series of exercise books. Although no one ever read this story and my efforts were lost or discarded when we moved house, the seed had been sown, and I firmly believed it would only be a matter of time before the books of Wendy Morgan, as I was then, appeared on the library shelves. The book which changed my view of the world

When I married and had two children, books came back into my life, but I was totally naive and had a very black and white view of the world. The weekly visit to the mobile library met my need, but the books were very bland and ‘safe,’ mostly historical novels, which were probably factually incorrect, but were good yarns. That is until I inadvertently chose a book called Edward, Edward by Lolah Burford. To say this opened my eyes would be an understatement, but since then I have developed an eclectic taste in reading and you will find books by Dan Brown and Scott Mariani next to Virginia Andrews, Nora Roberts and Lynda La Plante on my bookshelf.

The book which will always have a place on my shelves

This would have to be the self-published book written by my dad, Bill Morgan, when he was in his 90s, called Me, Warts and All. Not for general release, but his gift to his vast family which took us through his life growing up in the USA and Canada, the son of a methodist minister when the Ku Klux Klan were at their most powerful, through his return to the UK, marriage, and service in World War II. What a man, what a book, what a history! However, I cannot underestimate the impact the Harry Potter series had on me, what a fantastic writer J K Rowling is – those seven books will always have pride of place on my bookshelf.

The book I tell everyone else to read

As most of my friends are part of the competitive dog sport world – as am I – my recommended book is one which I believe should be compulsory reading for all dog owners. Day of the Mad Dogs by David Anne is a fictional tale of a thoughtless act which brought a rabid dog to the UK and put a truly horrific chain of events in motion. Whilst not exactly enjoyable, this book is scarily believable, and does have an air of suspense and a gripping conclusion – but its strongest point is that it could so easily happen.

The books I didn’t finish

I’m sure my answer to this will horrify people, but try as I might I cannot read the trilogy or even the first book of His Dark Materials. Although supposedly a children’s book, it appears to be intellectually above me, and despite my best efforts I drift off within a few pages. When the series was televised I decided to watch it and see if it helped, and yes, it was perhaps easier to follow, but it still didn’t grip me. I know it’s a classic and I apologise to Philip Pullman and recognise it’s my own lack of concentration that’s at fault. My only comfort is that it took two or three separate attempts to get into Dan Brown’s Da Vinci Code and then I was hooked. I have since read everything he’s written. So perhaps there is still hope for His Dark Materials!

The book I am reading right now

I am actually reading two books at the moment, one as a respite from the other. I started reading a book called The Girl in the Box by Robert J Crane without realising it was the first in a series. I was waiting for the next book in the White Haven Witches series by T J Green and had nothing to read and this filled a gap. Wow, what a story! And then I found the sequels. What I didn’t know was that there are forty-seven books in this series and I keep telling myself I won’t be reading them all – as I buy the next one! I am now on book eight. Then the book I was waiting for came out and I couldn’t resist it, so I’m reading Chaos Magic by T J Green as well. Not sure what I’ll do when the next Dr Ruth Galloway Mystery by Elly Griffiths comes out! I’d better get reading!

The book I turn to for comfort

Not one special book, but any fantasy that takes me to another world. Nora Roberts, T J Green, and of course J K Rowling, all fulfil this purpose and transport me away from the real world to one filled with wizards and witches and magical things. Perhaps not exactly comforting but always distracting. 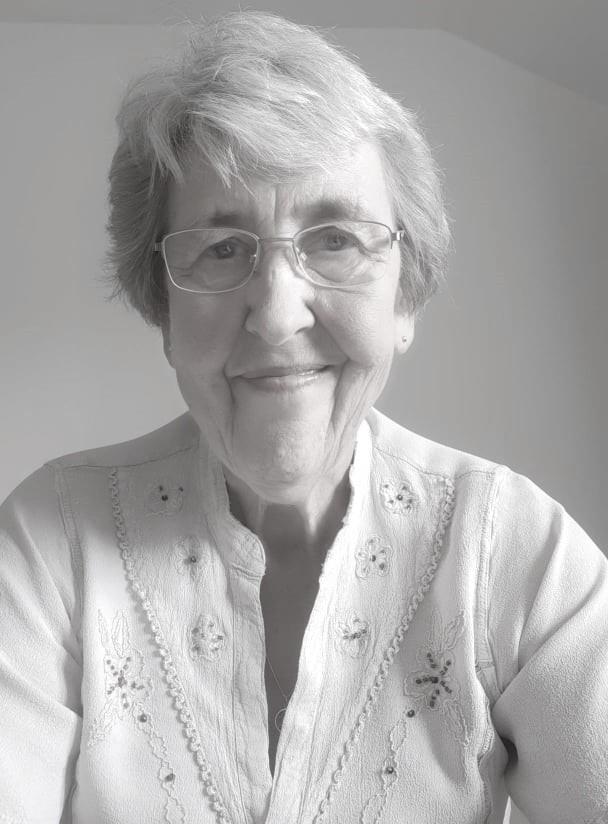