Happy New Year everyone! I hope you all had a great time over the holidays. My festive season was predictably quiet – and the Christmas dinner ended up being quite traditional after all!

I devoured several books – including Patti Smith’s beautiful new collection of photographs and wise words, A Book of Days, and the equally beautiful The Passenger: Japan, which were both Christmas gifts. The wet weather put a damper on some of our walking plans, but we did manage a very steep hike around Heptonstall yesterday. I’m looking forward to this year with hope . . . My poetry collection is out in March and I have another book out in 2024 – a collection of fiction and creative non-fiction about Japan, which I’m still working on. There’s also a new writing project whirring through my head. So plenty to keep me busy.

This first half of January contains a number of famous authors’ birthdays:

Here’s a few of their inspiring words:

“What really knocks me out is a book that, when you’re all done reading it, you wish the author that wrote it was a terrific friend of yours and you could call him up on the phone whenever you felt like it.” J D Salinger
“The king died and then the queen died is a story. The king died, and then queen died of grief is a plot.” E M Forster

“Few tasks are more like the torture of Sisyphus than housework, with its endless repetition: the clean becomes soiled, the soiled is made clean, over and over, day after day. The housewife wears herself out marking time: she makes nothing, simply perpetuates the present … Eating, sleeping, cleaning – the years no longer rise up towards heaven, they lie spread out ahead, grey and identical. The battle against dust and dirt is never won.” Simone de Beauvoir

“And once the storm is over you won’t remember how you made it through, how you managed to survive. You won’t even be sure, in fact, whether the storm is really over. But one thing is certain. When you come out of the storm you won’t be the same person who walked in. That’s what this storm’s all about.” Haruki Murakami

“I have always maintained that the one important phenomenon presented by modern society is – the enormous prosperity of Fools.” Wilkie Collins

And here is another short extract from the first tutorial of my short story course, The Heart of the Short Story. 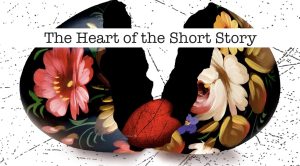 “There are only two or three human stories, and they go on repeating themselves as fiercely as if they had never happened before.” Willa Cather

However short your story is, it should contain the essence of that fierceness, that power to move the reader. Every time I create a new story I want to transport the reader to a different world, to explore the complexities of the human condition through relatable characters, to create something which celebrates the beauty and rhythm of language. But most of all I want my writing to be empathetic and authentic; I want it to evoke an emotional response.

One of the most important things I’ve learned over the past ten years is that your work will always have more depth if you put in more from the heart and less from the head. As Antoine de Saint-Exupéry said in The Little Prince:

“It is only with the heart that one can see rightly; what is essential is invisible to the eye.”

Writing in the short story form isn’t about complex plotting and creating over-detailed profiles for every single character; it’s all about feeling and finding the key emotion in your work. A short story isn’t a practice run for bigger and better things – the story is the big thing, and yours will be a success if they come from your heart. By opening your heart wider, you can open your story wider.

Another favourite word for you – this time an invented one!

The pensive nostalgia and temporality of used bookstores; the feeling evoked by the scent of old books or paper.

From John Koenig’s wonderfully named site ‘The Dictionary of Obscure Sorrows.’ It was picked up by Twitter subscribers in August 2013. John Koenig wrote of his creation that it meant: “the strange wistfulness of used bookstores, which are somehow infused with the passage of time, filled with thousands of old books you’ll never have time to read, each of which is itself locked in its own era, bound and dated and papered over like an old room the author abandoned years ago, a hidden annex littered with thoughts left just as they were on the day they were captured.”